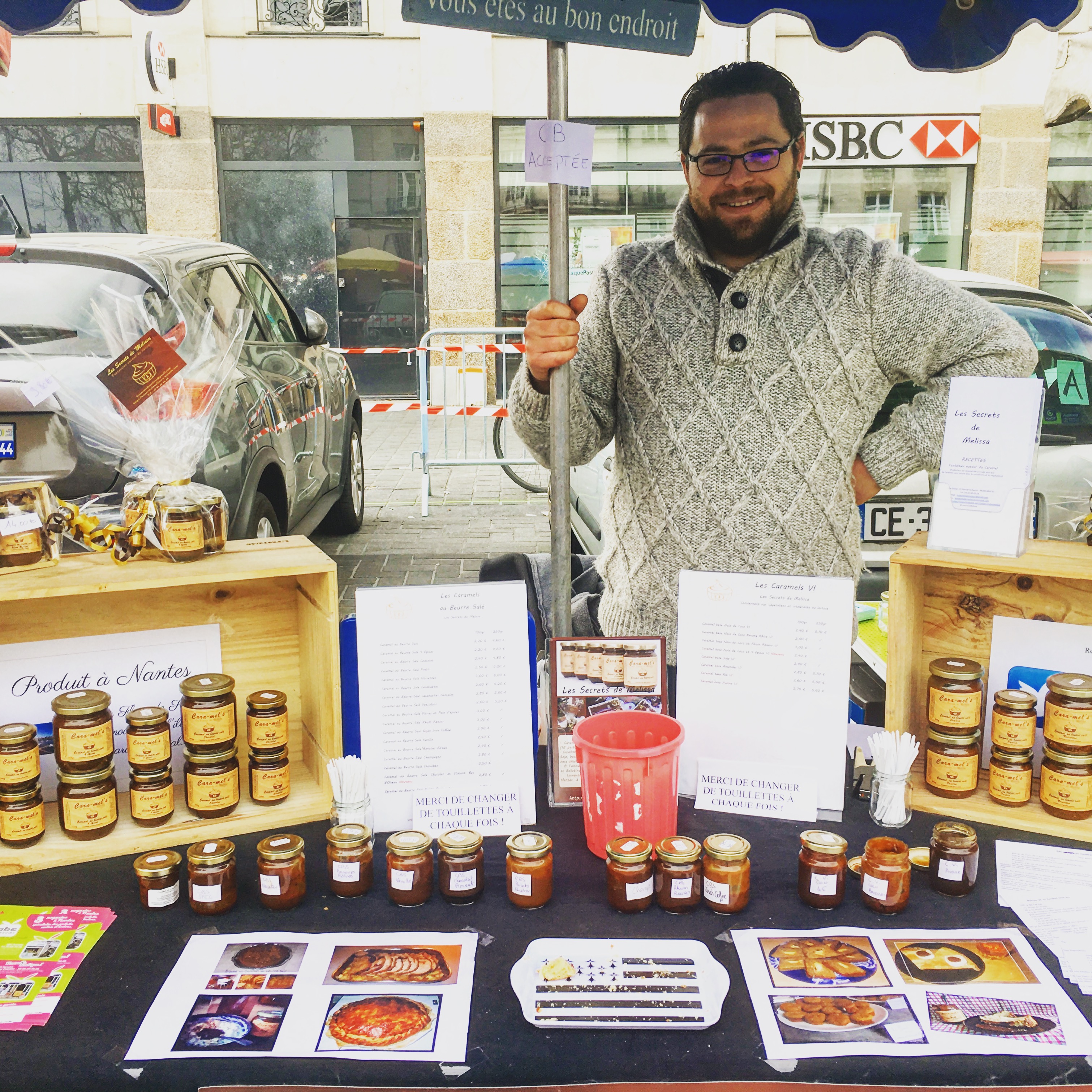 Last weekend, I had the opportunity to check out the 2nd annual Gourmandise Nantais. This gathering of approximately 20 vendors features locally made products by small businesses. I love events like this because it gives me a chance to taste–and buy–some handmade, fresh delicacies.

This is the second event like this in just as many weeks that I’ve been able to attend, and while it was smaller than the other one, it had several interesting vendors, including our friends who make the stuffed fouées. Because it was so small, I was able to take about an hour to walk around and sample a variety of products from a variety of vendors.

In case you didn’t know, salty caramel is an integral part of the western France palate. The salt is mostly harvested in the Guérande, an area of salt marshes in Brittany. People have been collecting salt from these marshes since the Iron Age, and the current harvesting technique dates back to the 9th century. Almost everywhere you go in western France, you’ll find “caramel de beurre salé” on the menu.

Melissa’s Secrets offer a wide variety of flavors, including several that are made without lactose (important for those who have milk allergies). I went home one made with “palet Breton,” a sort of crumbly butter cookie from Brittany. While the texture of this caramel isn’t as smooth as a typical caramel, it’s flavor is HUGE! With the little jar I took home, they also gave me a little sheet of recipes–both savory and sweet. I’ll give these a shot at some time in the future and report back.

I also bought a handful of artisan dry sausages (saucisson sec). There were a lot to chose from and I got to taste a couple. I ended up taking home five: garlic, fois gras, provençal (tomato & basil), duck, red pepper. They are all quite delicious, though I think the garlic is my favorite. The only one that disappointed was the red pepper, as it just wasn’t as spicy as promised.

Possibly the most interesting thing I saw was this roasted cone cake. 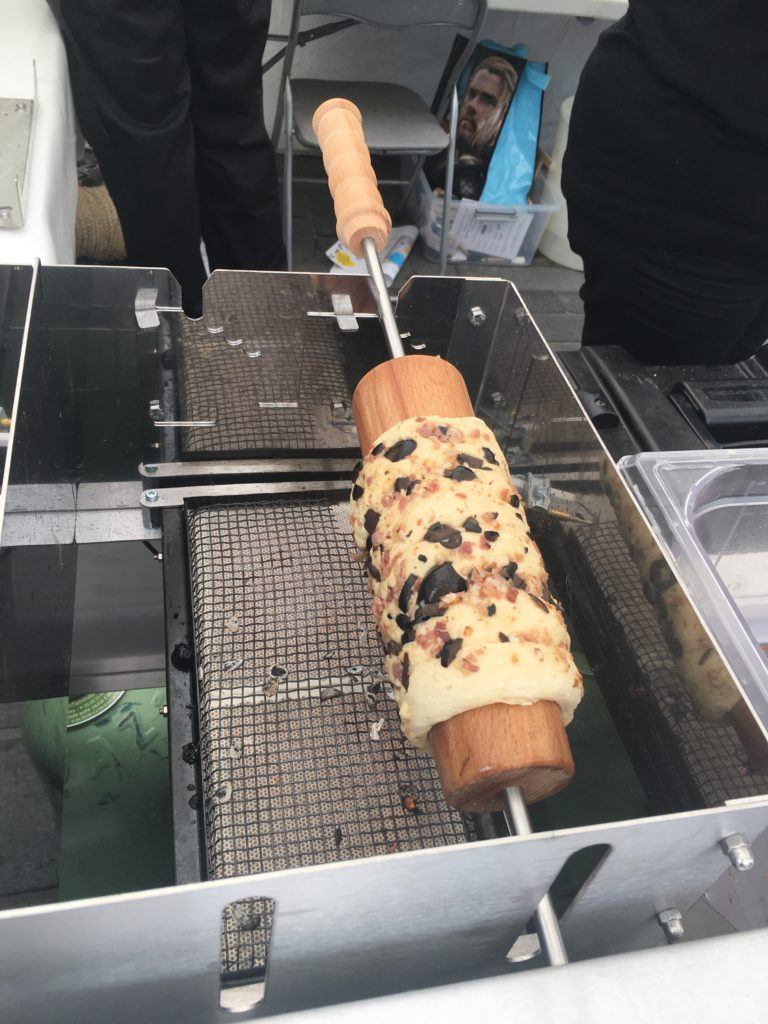 The company made both savory and sweet versions (above is a salty version with bacon and black olives), but unfortunately I wasn’t particularly hungry at the time so I didn’t have the opportunity to try one.

One thing I wanted to try but didn’t have a chance was a wine vendor. Unfortunately, they were the only ones there, but there are larger festivals and fairs like this one where a lot more wineries exhibit, so I’m sure I’ll have the opportunity to try more at a later date. 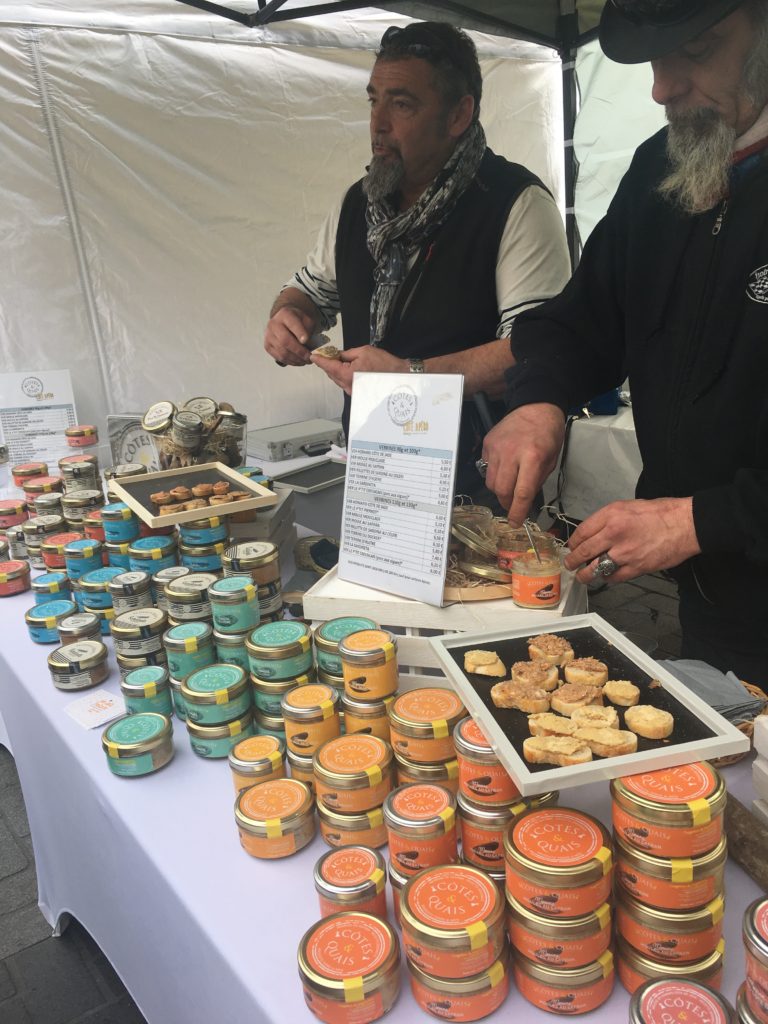