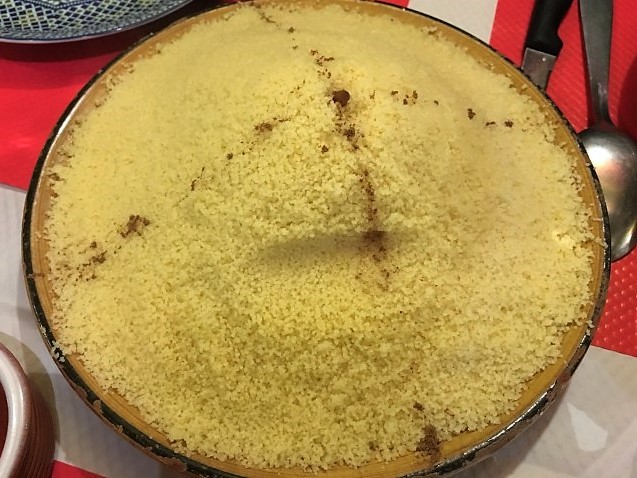 If you spend any time in most sizable French cities, you are likely to come across restaurants that serve couscous. A typical dish of northern African countries, couscous is steamed semolina pasta typically served with stewed vegetables and grilled meats.

I ask if this is considered French food, specifically because France has just finished its presidential election where it had the choice between an anti-immigration far-right nationalist who wants to leave the EU and a pro-European left-of-center centrist. The election has stirred strong debate in France about the place of immigration in French society, something that’s discussed quite frequently in France.

As any student of European history will tell you, Europe has had Northern African influences for some time. This is especially true in Spain, but also throughout France. This exchange of cultures goes back centuries, not decades. And it’s worth remembering that France did its fair share of colonization in the 19th and 20th centuries. As has often been the case, people who have experienced colonial rule for many generations often look to the country of the colonizer as their “homeland,” whether that’s intended or not. They travel there, immigrate there, learn the language in school, etc. And when they come permanently, they bring their culture and food customs with them.

Which brings me back to the question: Is couscous French food? Given the long and often contemptuous relations between France and northern African countries, I say it is. Hallmarks of French food is marked by richness of flavors and the use of sauce, and couscous dishes have that in spades.

We recently visited a couscous restaurant to celebrate my wife’s new job and a friend’s birthday. We’ve gone to a few couscousieres over the years, both in Paris and in Nantes (as well as some in the US), and they rarely surprise us. That’s what made our visit to Koutoubia so special. The food was not just good–it was surprisingly beyond the usual fair, while also adhering to what goes with couscous.

For our main dishes, we got roasted leg of lamb, roasted chicken and merguez sausage–a spicy lamb sausage that’s amazing when grilled. The meat was supple and fall-off-the bone, which is to be expected. What wasn’t expected was how rich and flavorful it was (checkmark for richness). 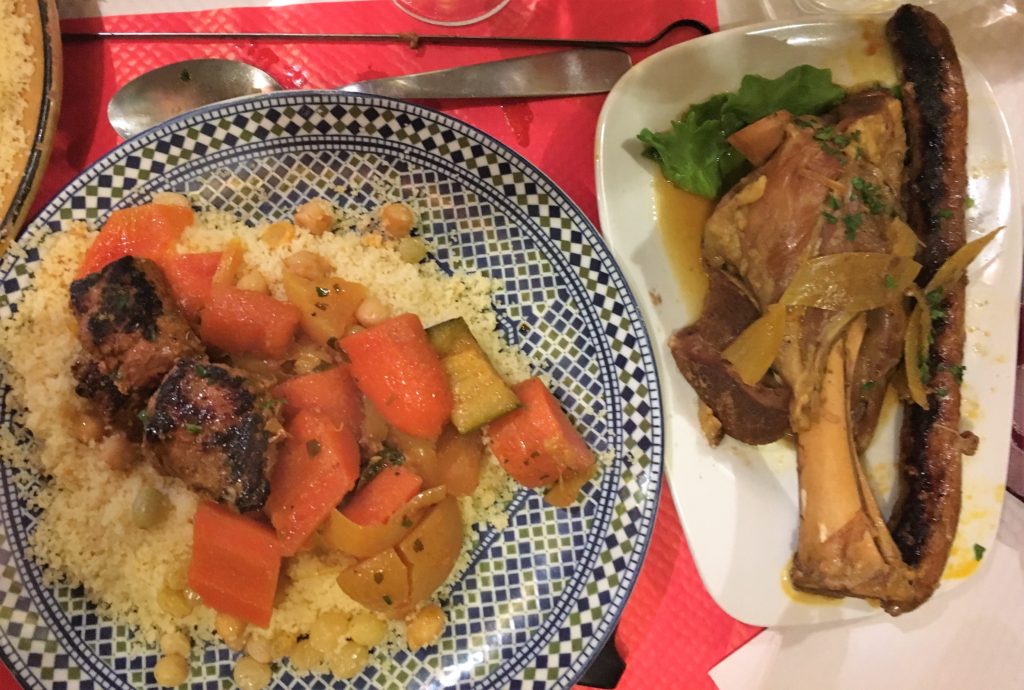 The other surprise was the vegetable stew that is traditionally served with couscous. As you may imagine, these vegetable stews vary by region, and to be fair, we’ve mostly eaten at Tunisian-styled restaurants where Koutoubia is Moroccan. That said, this vegetable stew was noticeably and appreciatively different than what we’ve had in the past. Often these stews are heavy on tomato. This one, however, was light, filled with stewed carrots, peppers, zucchini and potatoes in a soupy vegetable broth (checkmark for sauce.) 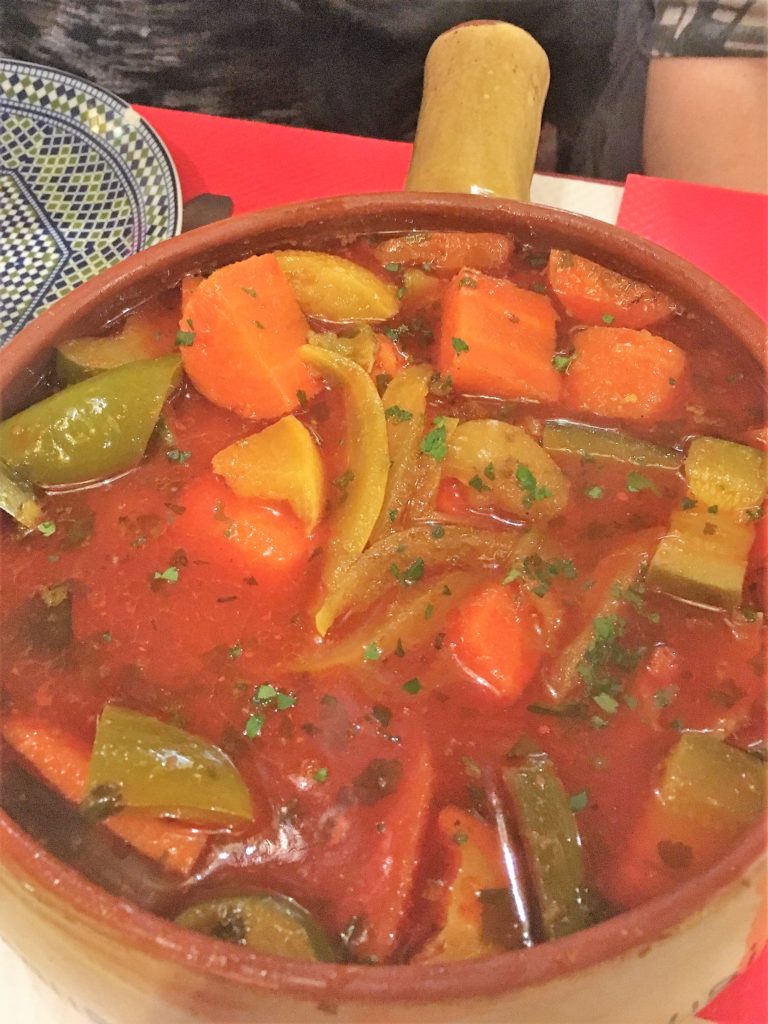 And of course, it was served with a heaping mound of fluffy couscous, lightly spiced with cinnamon.

Desserts were the only part of the meal that I felt fell short, though others at the table certainly enjoyed theirs. I ordered a plate of mixed pastries, and while I ate most of them, they didn’t sing the way the main course did. They were a little dry in texture, and I was expecting things that more resembled baklava, so my own expectations were possibly what led me astray here. The citron givré that my daughter ordered, however, was quite satisfying. This is a somewhat unique dessert, where the juice of a lemon is made into a sorbet, then placed into an empty lemon rind and refrozen. On warm summer nights, this is one of the most enjoyable desserts you can have.

All in all, we were extremely happy with our meal, and it wasn’t too expensive, so we plan on going back at some point in the near future.