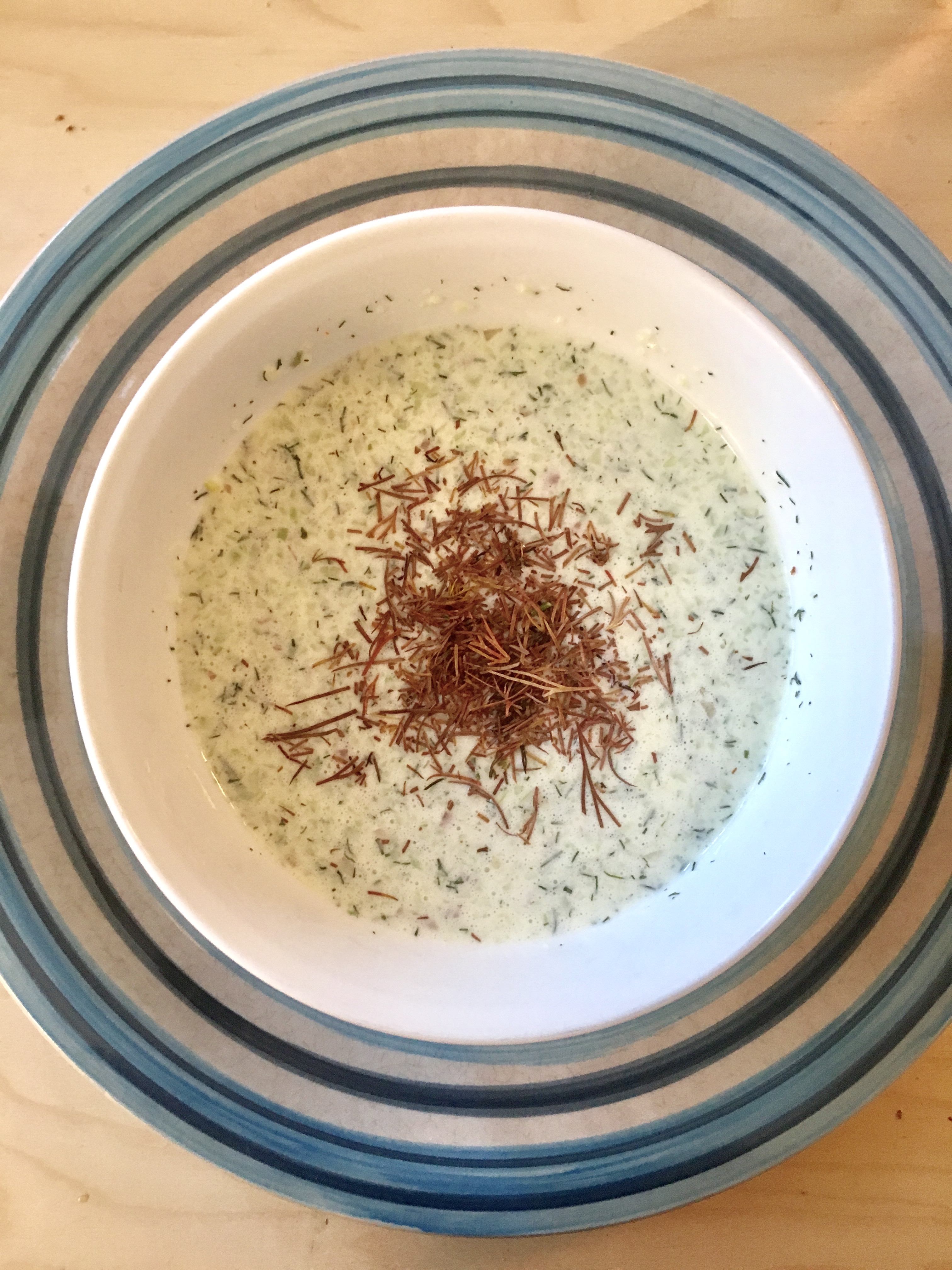 We’ve got a heat wave going on here in western France right now, and we’ve been looking for easy ways to cool off, including eating half a gallon of ice cream and/or sorbet in a single sitting.

Because of the heat, I’ve been on a chilled soup kick. The other week, I shared my recipe for chilled carrot soup. This week, temperatures have skyrocketed, and I needed something that required minimal effort, yet would deliver the same level of cooling relief. Enter the chilled cucumber soup.

This recipe really couldn’t be more simple, delivering delicate flavors and utter refreshment. There is a small amount of cooking with heat involved, but it’s minimal.

Most recipes you’ll find online for soup like this call for Greek yogurt. I opted for fromage frais, which is similar to creme fraiche but more like sour cream. That said, it’s still fairly light, though not as light as Greek yogurt. It’s less acidic than yogurt and the extra fat content (which isn’t that much) makes this soup a little richer without sacrificing its refreshing qualities.

Lastly, you’ll notice in the finished picture above that I put what looks like dried sticks on the soup (at least, that’s what my wife called it). That is actually chopped fresh dill that we grew in our garden. However, the temperature has been so high here lately that our dill is turning purple and brown (but not wilting) before we’ve had a chance to pick it. There’s only a slight loss of flavor with this, but fresh GREEN dill is preferred for this recipe. 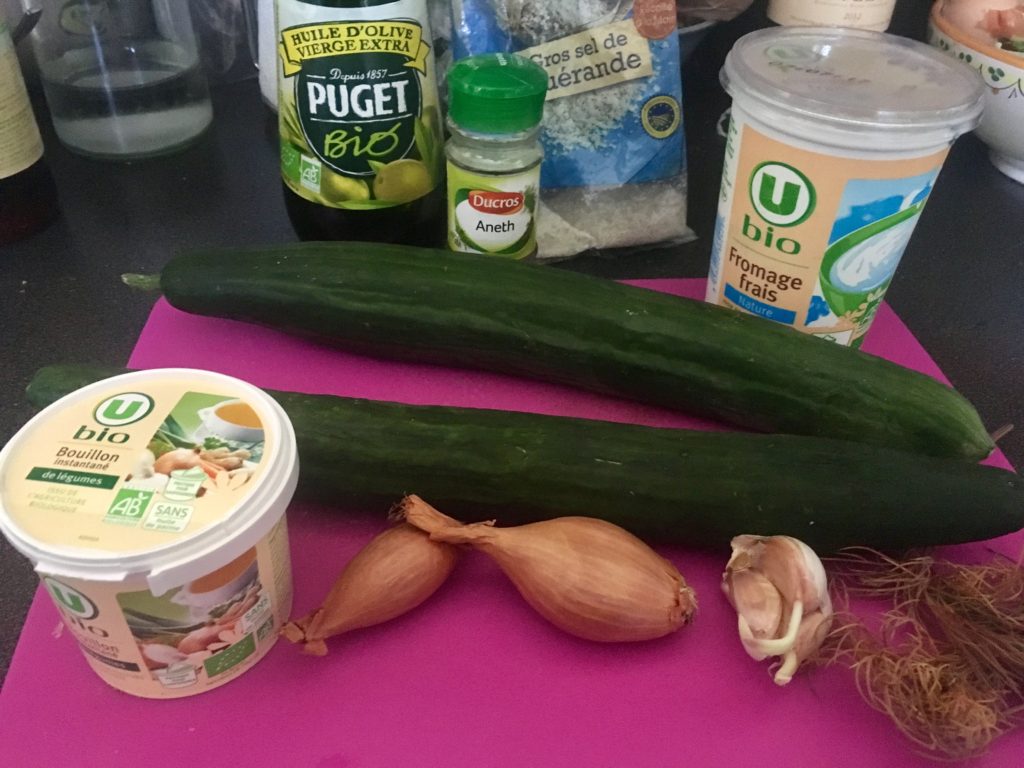 Here’s the recipe. If you give it a shot, remember to post a picture and tag it #eatfrenchclub.