This Roasted Tomato Soup with Bacon is oh so yummy 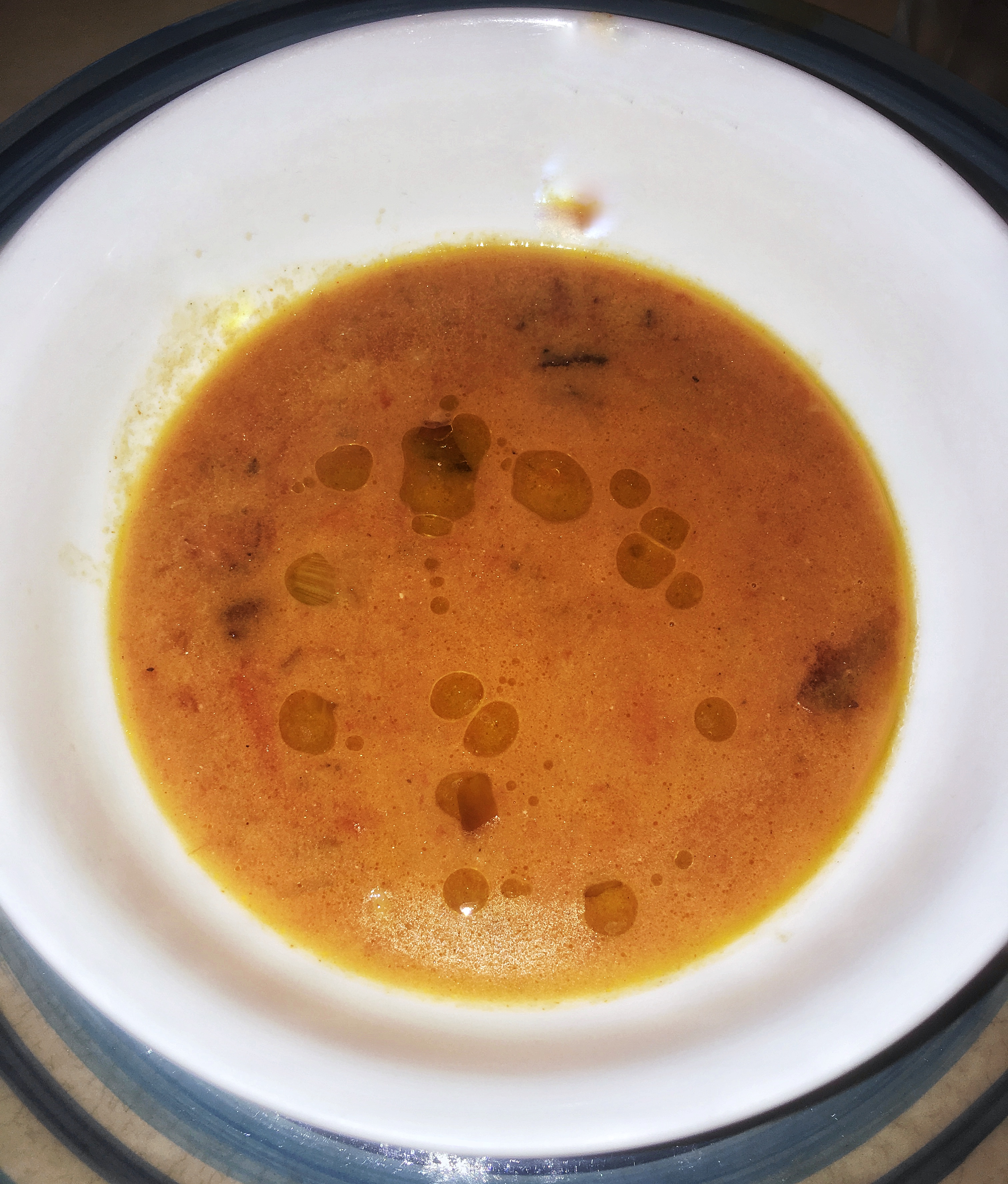 It’s officially tomato season and I’m back with another soup! This time it’s a warm roasted tomato soup with bacon. MMMMM….

We’re picking loads of tomatoes from our garden, and last weekend I harvested ten gorgeous ones (to add to the two I still had from the previous week), along with about a quart or so of cherry tomatoes. 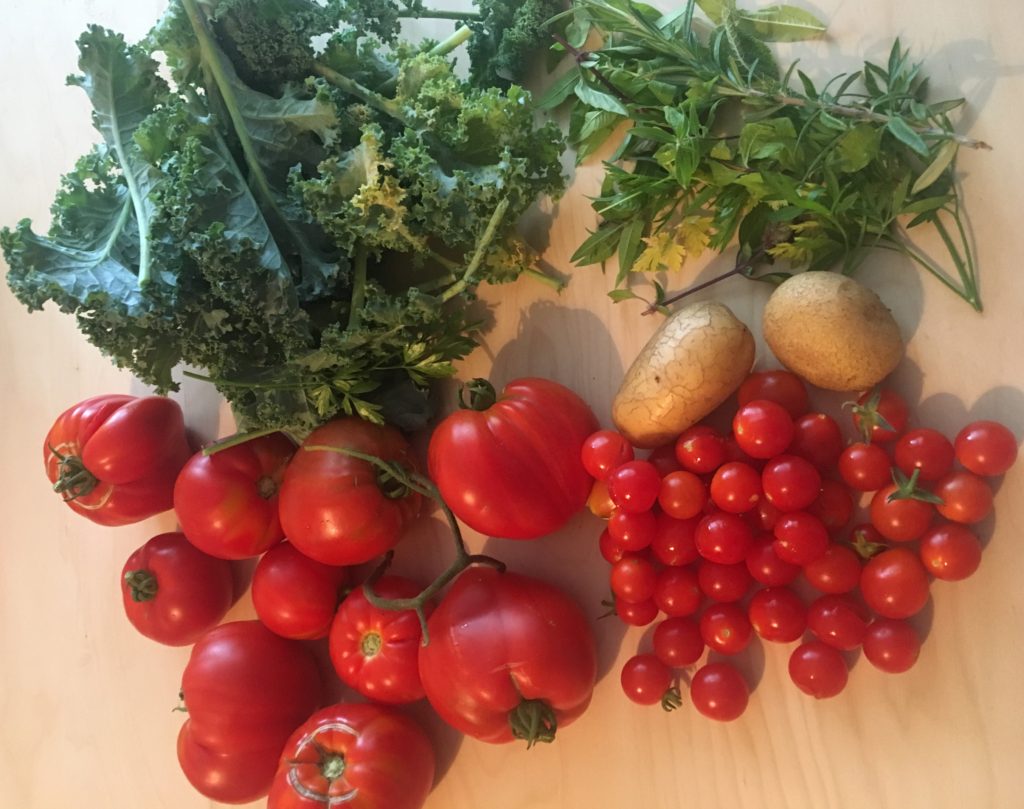 One thing I’ve noticed about French tomatoes: They tend to be sweeter and less acidic than the ones we get in the U.S. I’m not entirely sure why that is (probably has something to do with the soil), but they tend to be a lot less tart than their American counterparts. That’s both a good and a bad thing. Personally, I really love the way acidic fresh tomatoes pop when you eat them raw, and the brightness they add to almost any dish. Sweeter tomatoes still pop when eaten raw, but they taste almost like a dessert, and they instantly make other dishes sweeter. Which is why roasting them works so well here (more on that below), as it caramelizes the tomatoes’ natural sugars.

I made spaghetti sauce the first night after I harvested the tomatoes, and let’s be real–you can only do that so many times. I thought about making my roasted ratatouille or maybe gazpacho, but it’s been kind of chilly this week. I had also made a BLT for lunch, and I was craving that salty, meaty, acidic combo again. So the obvious option was to make soup. With bacon. (And yes–adding bacon to most things does indeed make it better.)

Recently, I’ve been roasting my tomatoes before using them in other dishes, and this soup is no exception. Roasting them wakes up and deepens the flavors; it’s such an easy way to make your dish more intense. Plus, it’s simple to do: cut the tomatoes up into quarters or eighths (depending on their size), sprinkle them with some salt, drizzle a touch of olive oil over them, and throw them into your broiler for about 20-25 minutes on a flat baking sheet. 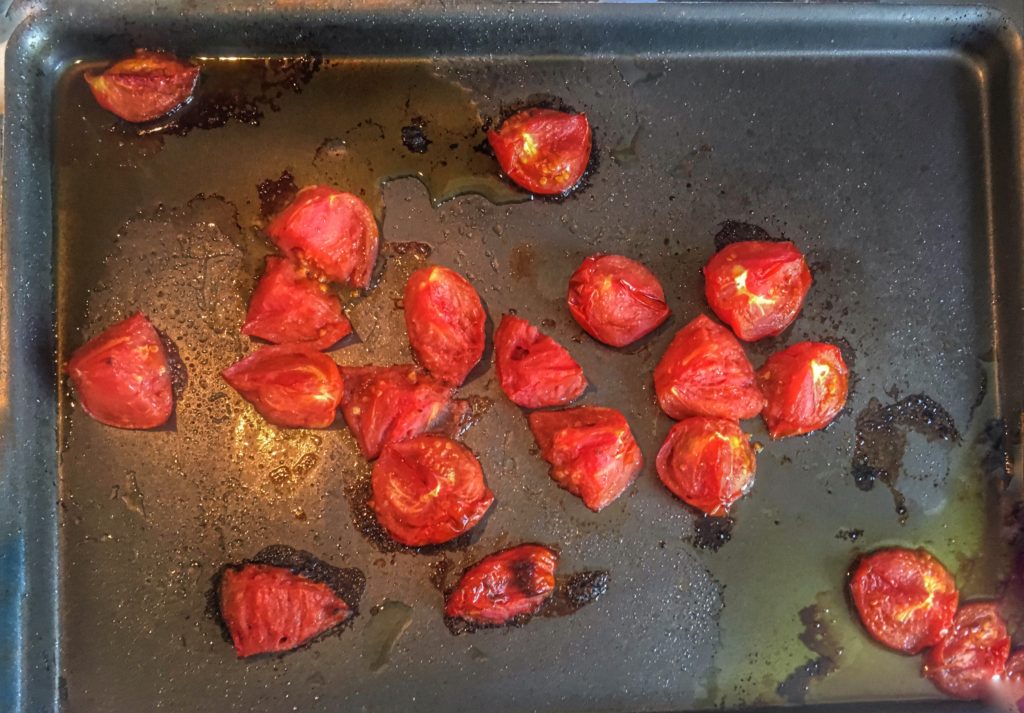 They should come out a brighter, almost resembling sun-dried tomatoes. And they will smell and taste amazing, adding a rich, powerful tomato-ey flavor to any dish. Frankly, you could just spread roasted tomatoes on bread along with a little fresh basil and some cracked pepper and call it a day, and you’d be perfectly happy with that. At least, I could.

But, like I said, I wanted bacon, too. I wanted soup. I had a nice chunk of bacon that our pork vendor gave us. I had some creme fraiche. I had some beautiful, fragrant homegrown tomatoes. I was ready to go. 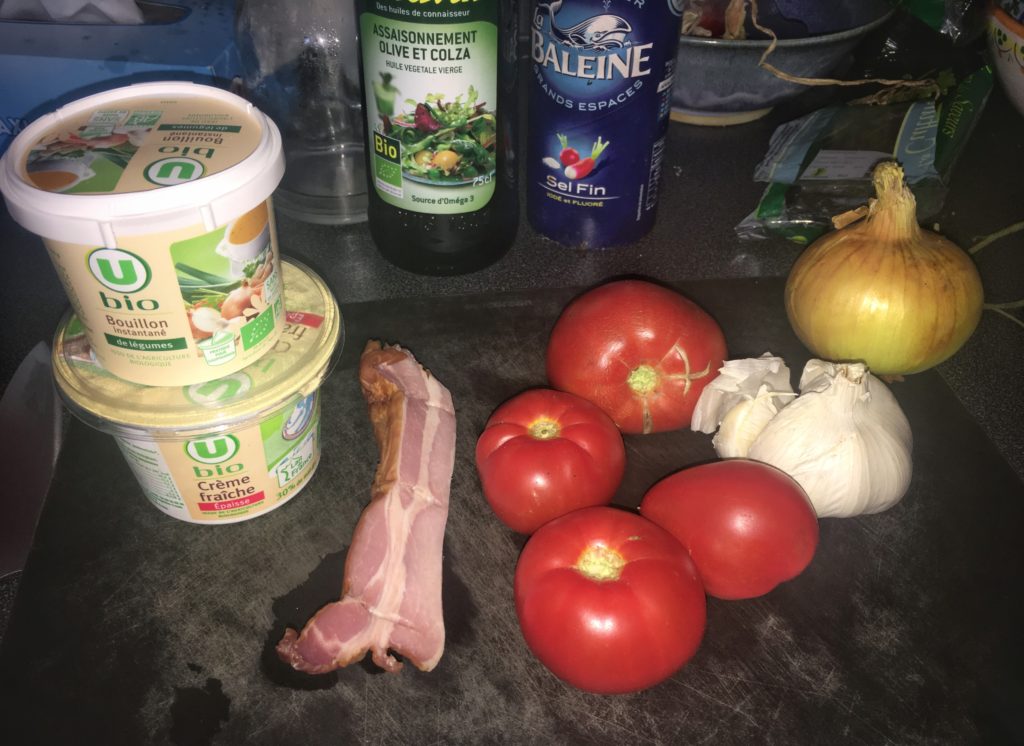