These Vegan Black Beans Go with Anything 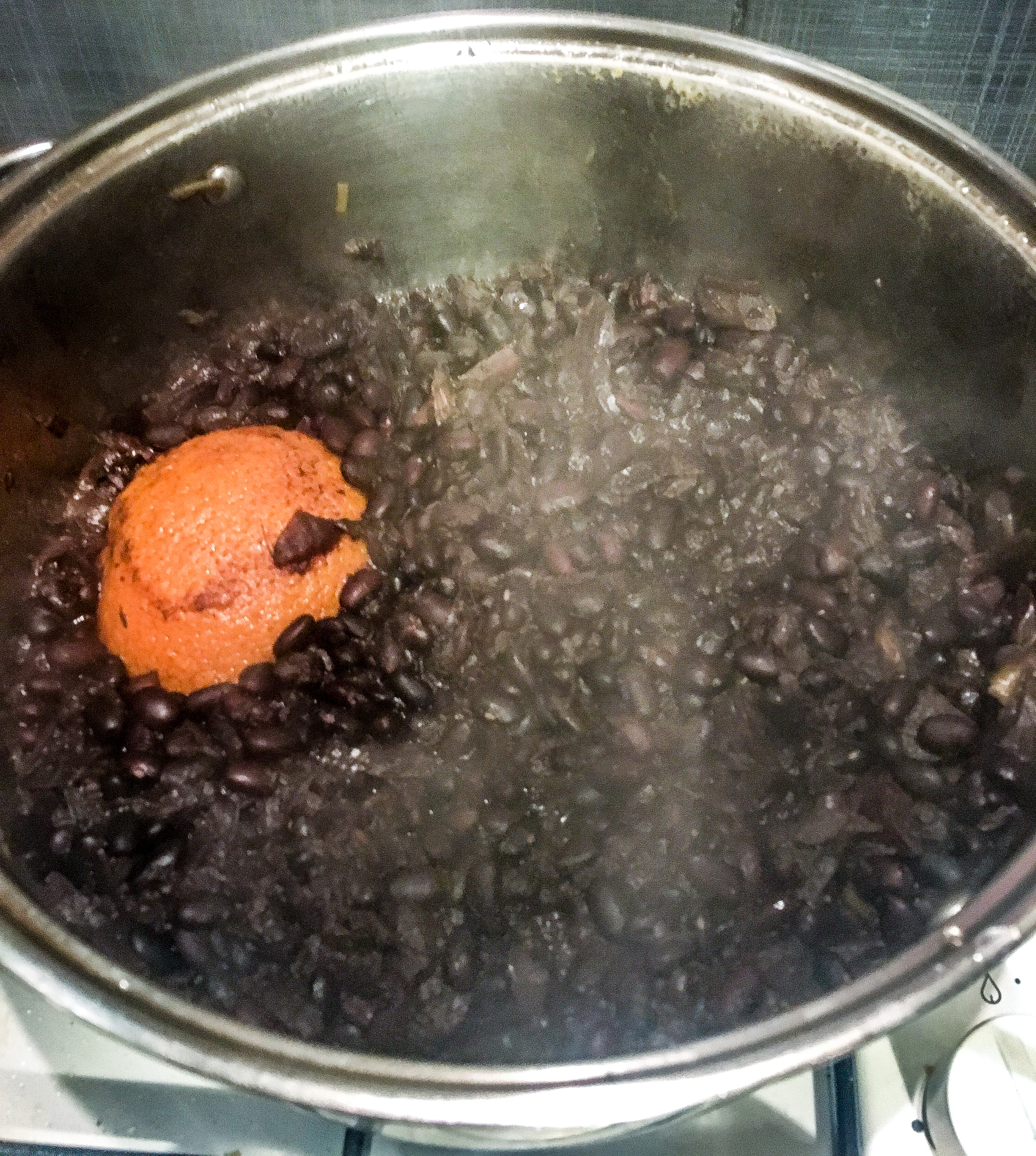 One of the things that I really miss about the U.S. is access to a wide variety of beans. Here in western France, most regular grocery stores only have two types: white (mogette, basically cannellini, though I think they’re a bit larger) and red kidney beans. Dry or canned, those are pretty much the only choices.

So I’ve been hunting for other types, specifically black beans. I’ve always been a huge fan, likely since I lived in Brazil and got to eat feijoada almost every day. I was recently shopping at my favorite Asian grocery store, and lucked into finding a huge 1 kg bag of dried black beans.

To be honest, I’ve never worked with dry beans, and I was a little nervous. I knew it was going to take a while, and that I was supposed to soak the beans, possibly overnight. However, after digging a bit and reading this J. Kenji Lopez-Alt article that argues against soaking, I decided to forgo soaking and just cook them longer.

And it was worth it. The beans turned out rich, flavorful, and had just the right amount of toothiness. The other factor that I believe led to the success of this dish was the use of fresh ingredients instead of dried herbs, specifically using cumin seeds instead of dried, ground cumin. I’ve recently been playing around a lot with cumin seeds and some other whole spices, and I’m amazed at the difference it makes, flavor-wise. In fact, in every dish I’ve used cumin seeds instead of dried, my wife (who generally dislikes cumin) hasn’t complained and has even offered a few compliments here and there.

At any rate, because the beans are dried, you do have to give yourself more time to make them. But like I said, it’s soooooo worth it.

Here’s the recipe. Eat up!