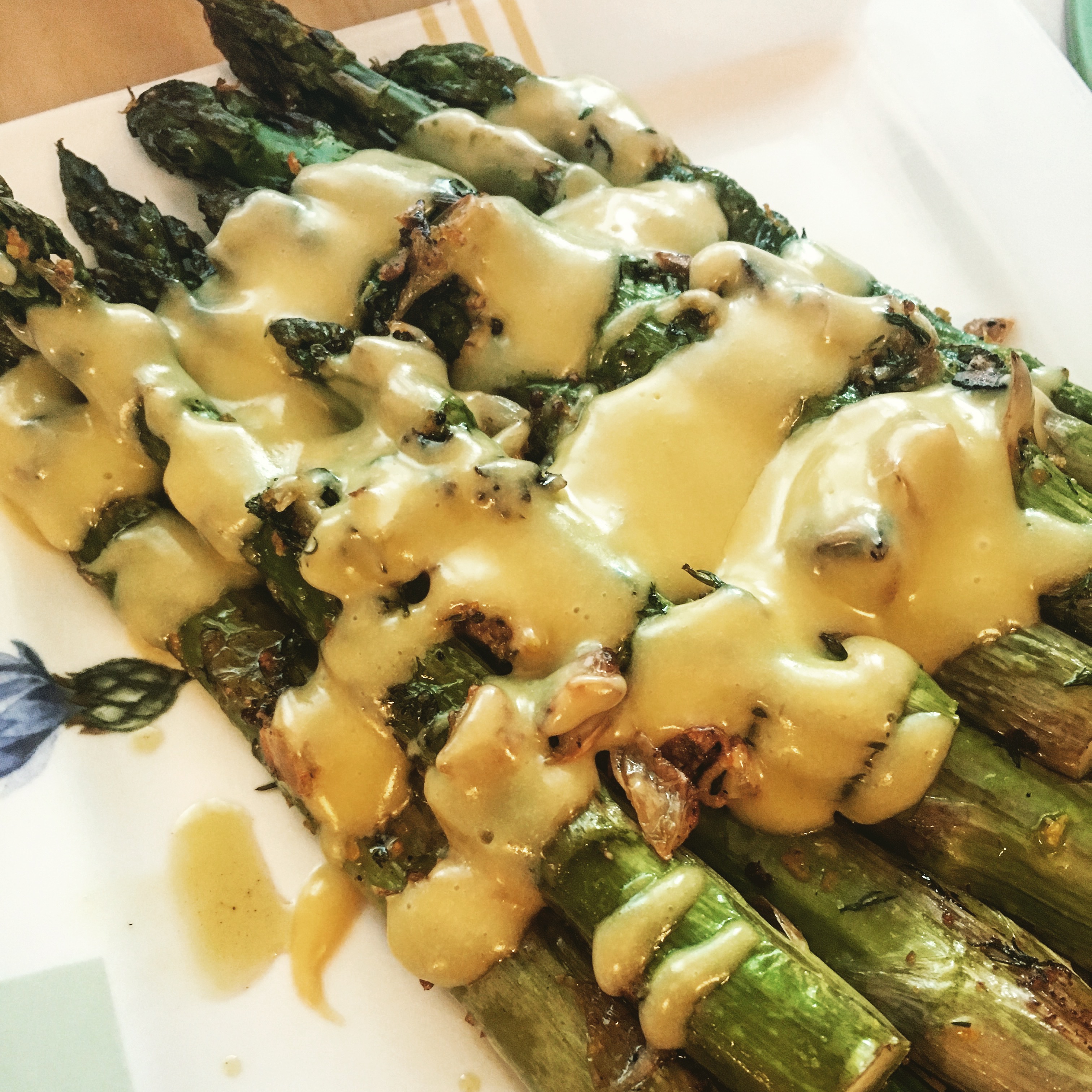 In French food, you have to have sauce. What better use of French baguette is there than to sop up the sauce on your plate at the end of a satisfying main course?

You’ve probably heard that there are essentially 5 sauces in French cooking:

Side note: I don’t know why the French felt they needed to codify tomato sauce, as well as two sauces named after other countries altogether. It seems silly, but whatever.

Anyway, a friend of ours just gave us a dozen farm fresh eggs, and I was thinking of ways to put them to good use. At the same time, fresh asparagus have finally returned to the market, so I knew I had to give making a classic Hollandaise sauce a shot. I’d never done this one (though I’ve been making Béchamels, Veloutés, and Espagnoles forever) as I was always afraid of not tempering the eggs right and ending up with scrambled eggs. If that happens, it’s a waste of a significant amount of butter, and I hate waste!

Turns out, it was far easier than expected. This is a classic sauce, so no improvising allowed here. I followed Jamie Oliver’s recipe, more or less.

The result was fantastic! It was rich, salty, creamy, and of course, buttery. As we like to say in our family, I could’ve taken a bath in it.

I used the double boiler method to slowly bring the eggs up to temperature after letting the melted butter cool for about 10 minutes to ensure it wouldn’t scald the eggs when added. The bottom sauce pan, with the water, was heated until slightly simmering and then turned to low to maintain.

For the asparagus, I simply trimmed the bottoms, mixed with olive oil, salt & pepper, diced garlic and the zest of one orange. I then roasted them in the oven on about 400F/200C for 15-20 minutes until they got soft and slightly charred on one side.

One thing to note: We had some leftover sauce, which I tried to refrigerate and reheat the next day. Let’s just say it didn’t go well.