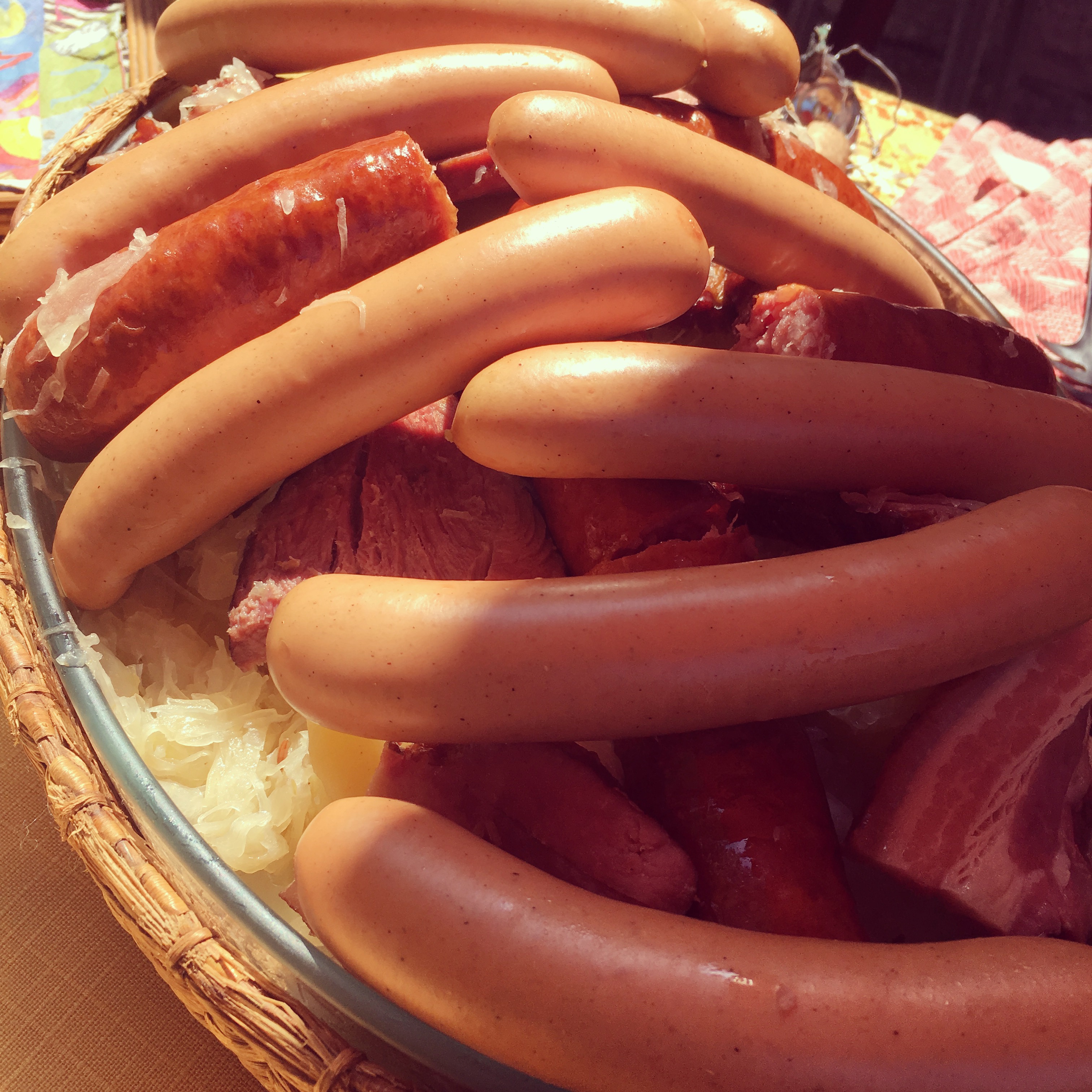 We’ve been visiting my wife’s family in Auvergne this week (central France—middle of nowhere), and one of her cousins visiting the family farm lives in Alsace. On Sunday, she treated us to a beautiful meal, traditional to that region: Choucroute avec palette de porc et saucisse. Luckily, she let me help and document the recipe.

Before getting to that, though, here’s what you need to know about this dish. It’s regional to the Alsace region, in Eastern France, which is next to Germany. When you look at the ingredients, the German influence is obvious. As such, it’s not vegetarian in the least (though I suppose you could do a vegetarian version). Not only does it have pork shoulder, but it also has bacon, smoked sausage, and knockwurst.

The flavors, ideally, are made by boiling everything together. However, because we didn’t have a cooking vessel big enough to hold everything (we were 14 people, including about 5 kids). Instead, we boiled some of the meats separately. What really surprised me was how flavorful the pork shoulder stayed, especially without any additional seasoning in the water (except salt). Generally, I’m not a fan of boiling meat, but I was really amazed how well this cut managed to keep its flavor. 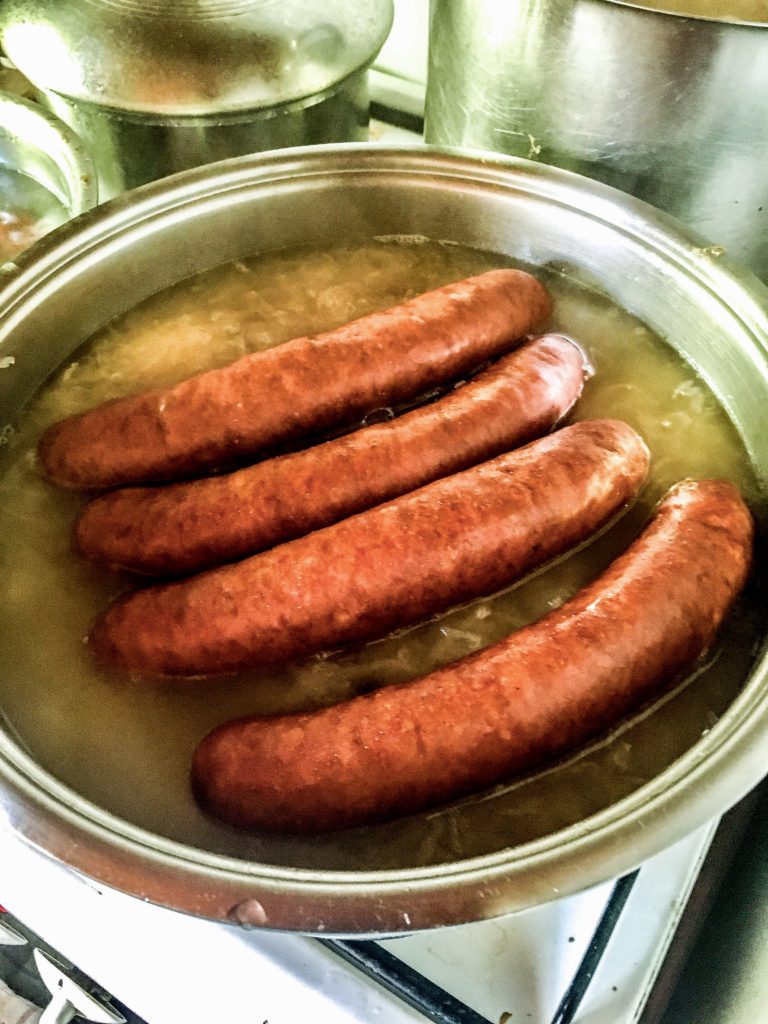 The other thing that interested me is that we started with fermented cabbage that hasn’t been cooked yet. Apparently, in France you can buy fully cooked sauerkraut, but you can also buy it fermented but raw (which means it’s already sort of cooked). I suppose you could start with raw cabbage and fermented it yourself (here’s a recipe if you’d like to do that), but for the purposes of this recipe below, I’m following what my wife’s cousin did. As such, none of the measurements are exact (sorry about that), but that’s how this dish came together.

This dish is great for sharing with a big group of people. Serve with some good Dijon or country mustard on the side.

Ideally, you only need one big stock pot to boil everything in. But we did it in several different pots because we were 14 people!