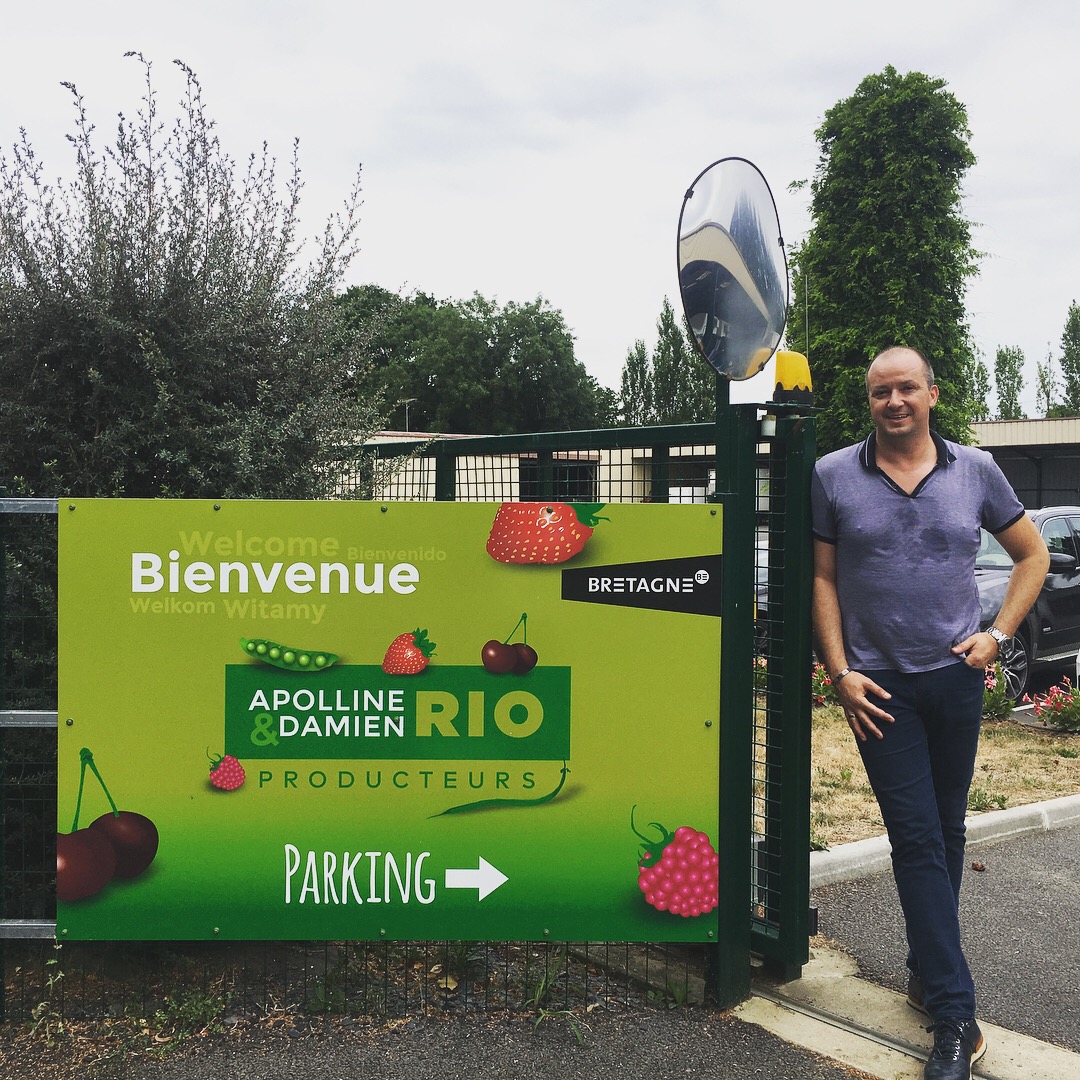 Before we moved to France, I wasn’t a big fan of strawberries. I often found them too tart or flavorless.

All of that changed, though, when I tried the strawberries from Damien Rio. They were everything a strawberry should be: Sweet, slightly acidic, firm but not hard. I had honestly never tasted a strawberry so flavorful. In fact, I was so obsessed with the strawberries that I had to seek out the source. Luckily, Damien Rio was open to letting us visit part of his operations, about an hour away in Marzan. (Side note: He’s not normally open to the public, so we’re super-thankful he was happy to give us a tour!)

The farm was started in 1970 by Damien’s grandfather, though at the time they grew apples for making cider, raised pigs, and grew tobacco. In about 2000, when Damien took over, they decided to focus on red fruit–strawberries, raspberries, blackberries, blueberries, and currents. They recently added cherries, too, as well as cherry tomatoes, green beans, and green peas.

Today, they manage about 80 hectactres and sell about 200 tonnes of fruit in about 100 markets throughout Brittany and the Loire Atlantique regions. They also sell their products to some of top restaurants in the region, including La Cigale (a staple in Nantes) and L’Atlantide, a Michelin-starred restaurant. Any fruit that’s past its prime is either sold to some regional ice cream stores and jam makers, or turned into jam under their own label (produced in partnership with a local jam maker), which won a “Medaille d’Or” earlier this year. 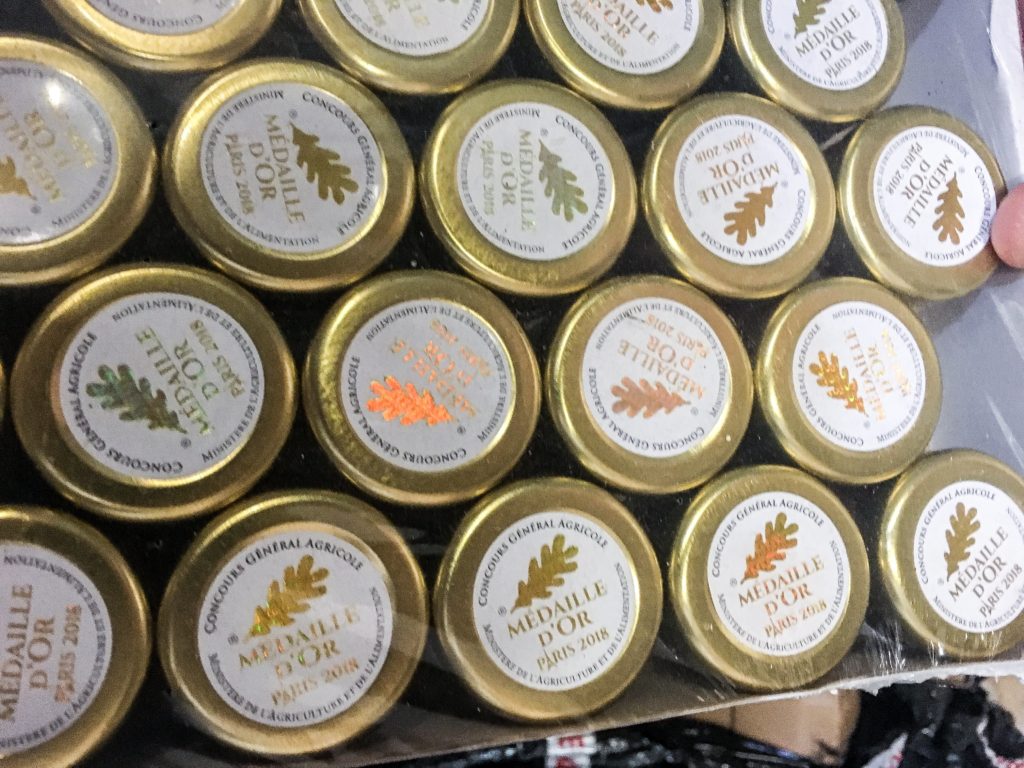 In addition to the three main varieties, they’re also experimenting with some others, including white strawberries, wild strawberries, and one called “Anais.”

The cool thing about their production is that they’ve really gotten everything down to a very exact science, especially the strawberries. While they’re not certified “organic,” they do everything they can to avoid using chemical treatment, including using predator insects as well as “bourdon,” bumblebees that don’t produce honey for pollination.

The innovation is that instead of planting the strawberries in the ground, they plant them directly into bags of dirt that are arranged in long rows on a metal scaffolding, placed at eye level. This makes the entire growth process–from seeding to watering to collecting–a million times easier.

They also keep a hefty water supply on hand, and mix their own nutrients to be fed into the watering system. Theyuse a hi-tech system to regulate the entire farm, including from Damien’s phone. So, if something needs watering, or the ph balance is off, it only takes a touch of a button to fix it.

They’ve scienced the hell out of the process, and the result of all this is some amazing fruit that packs explosive flavor into every bite.