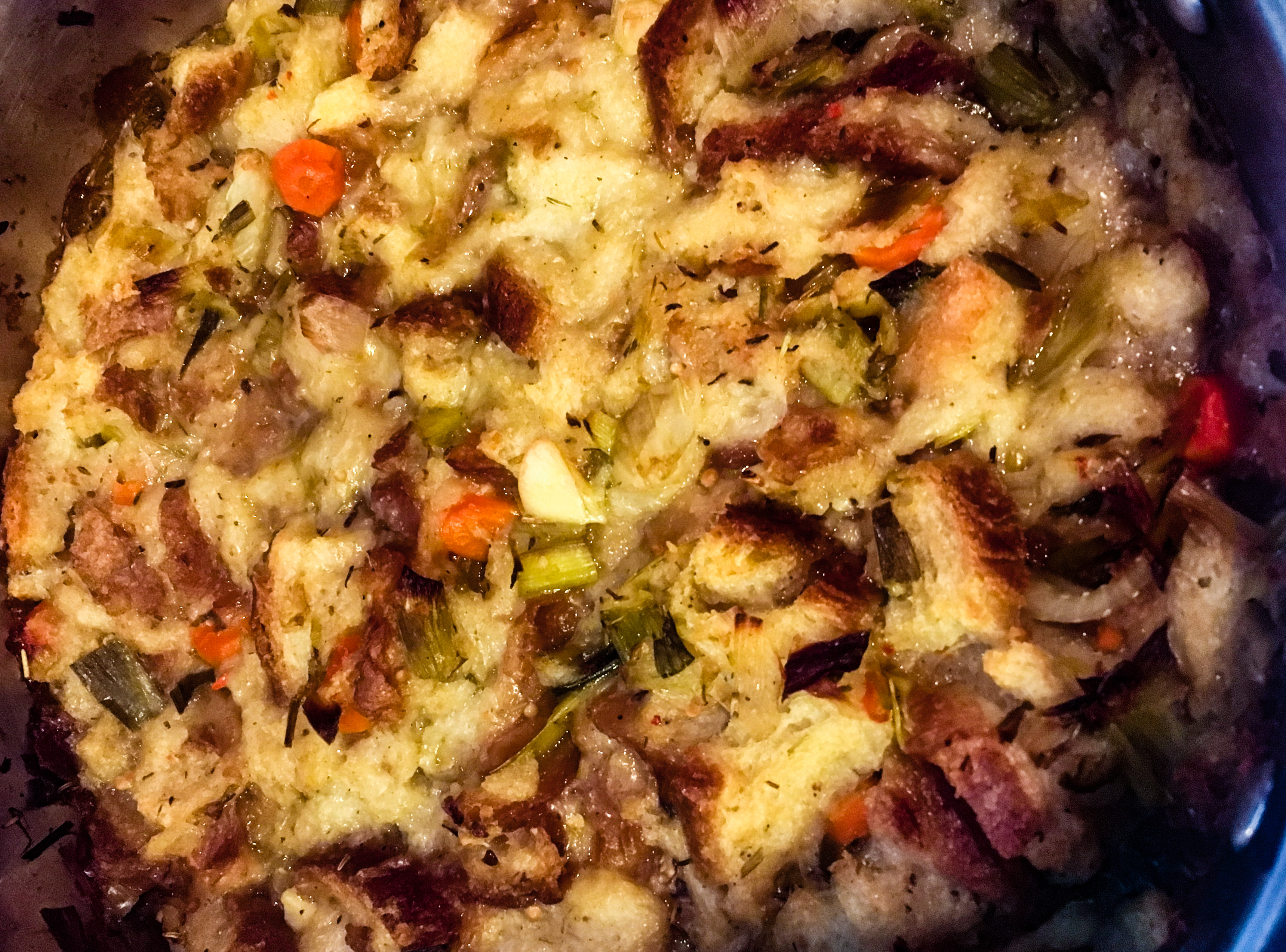 One of my favorite things to do in France is to take an American dish and try to substitute French products. Fall is a great time of year for this, especially as we’re eating Thanksgiving-type foods because the market is full of fresh produce that just screams to be turned into comfort food.

One thing I love to make at this time of year is stuffing. Stuffing is one of those foods that can be both everyday and fancy, when done right. I tend to aim for the fancier side of things, but usually end up in the middle. I think it’s because I typically only make it on Thanksgiving, and when I do, I’m in a big hurry because I’m making like five different dishes simultaneously. I’ve learned that taking your time with this dish can yield a far better result than just slap-dashing things together and crossing your fingers (aka my previous technique). 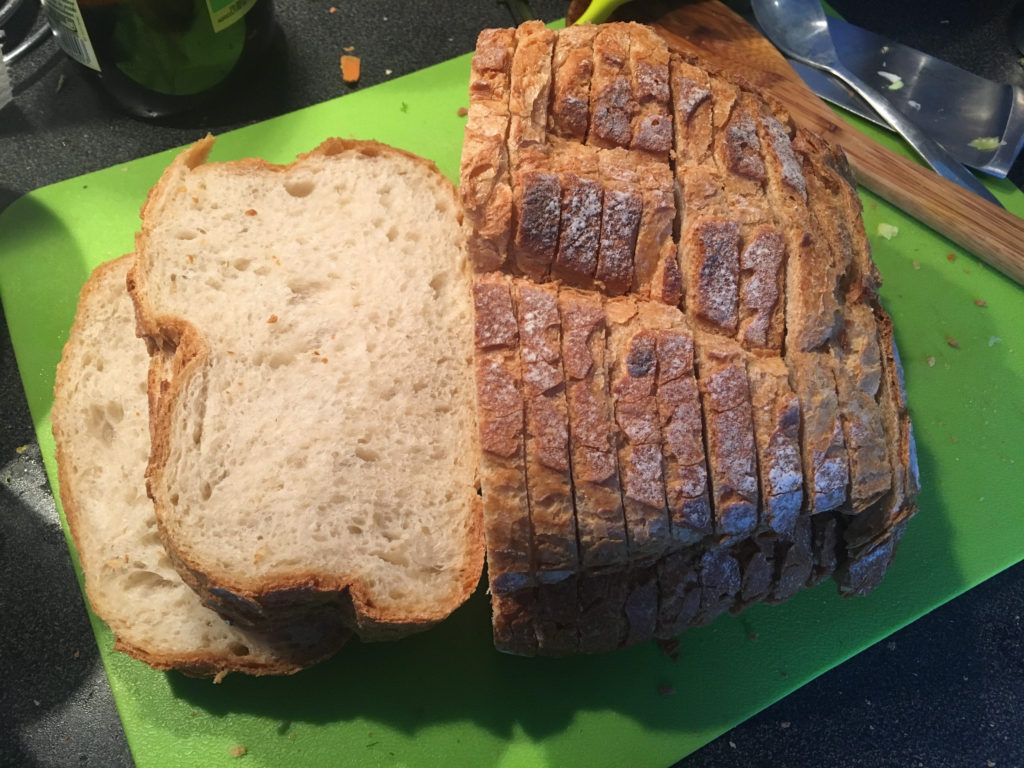 The result is far more liquidy than typical stuffing, but it’s also far more rich and creamy. This isn’t just stick to your guts food, it’s also warming you up from head to toe food. A few things that really made the difference:

Here are some pics of the progress. If you give this a try, let me know! Now eat up!